Sherpa is a nine-year-old Alaskan Malamute dog living in Cornwall, England, with his owner. Sherpa loves everyone he meets and loves talking to complete strangers when he goes out for his daily walks. With over 200k subscribers, Sherpa is one of the most popular dogs on YouTube.

In one of Sherpa’s viral videos, the Alaskan Malamute is seen on the subway, where Sherpa is super excited and greets fellow travelers with a welcoming growl. Sherpa’s owner has subtitled the video with funny phrases as if Sherpa is narrating the entire excursion.

After Sherpa’s subway ride, they are seen walking inside the echoing subway terminal. Sherpa uses this opportunity to let out a few loud howls as they walk down the long corridor. Sherpa’s owner keeps telling his Malamute to be quiet, but Sherpa wants everyone to hear what he has to say.

When Sherpa and his owner surface from the subway terminal, they are seen getting a cold snack. Sherpa orders a double ice cream cone and enthusiastically looks on as his treat is being prepared. Sherpa’s intense stare, along with the humorous subtitles, makes this video a joy to watch. 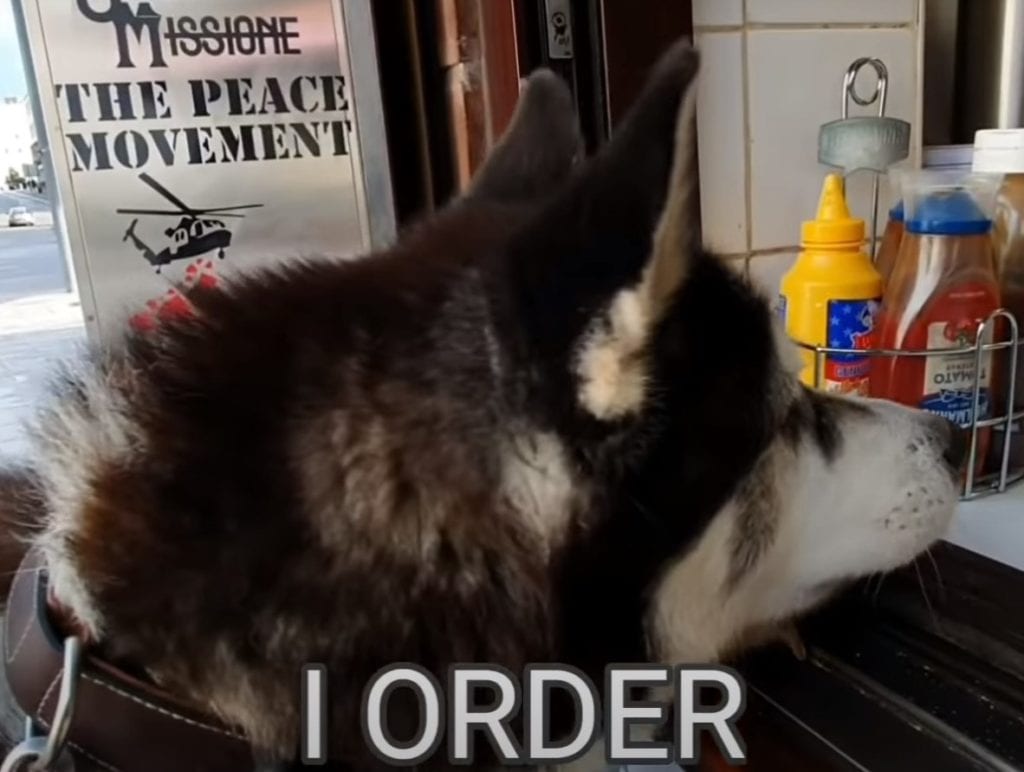 The next stop for Sherpa is a quaint cafe, where the Malamute announces to everyone inside that he loves them all. Sherpa is extra vocal inside the cafe, chatting with the staff and letting everyone know he is happy to be there. You can watch Sherpa’s day adventure here:

When Sherpa and his owner are done at the cafe, they are seen walking outside, with Sherpa still greeting everyone he sees. We hope you enjoyed this video as much as we did.

When we’ve lived alone for a long time, we draw …

Every dog parent is crazy about their dog. We overspend …

Our website is made possible by displaying online advertisements to our visitors. Please consider supporting us by disabling your ad blocker.